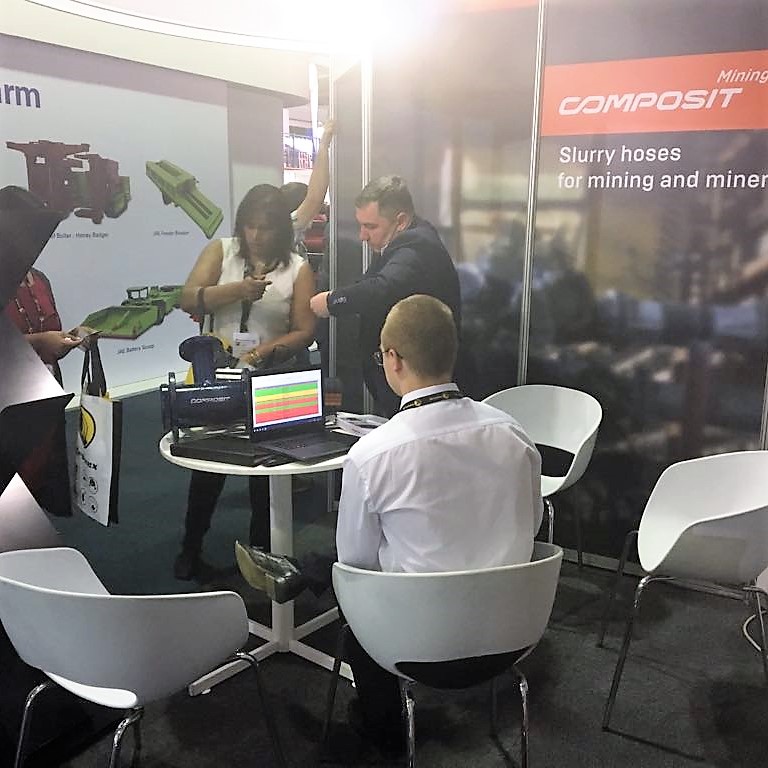 Electra Mining Africa is a field exhibition that has united over 800 exhibitors at the area of 36000 square meters in South African national exhibition center, Johannesburg. And since 2012 it has become one of the greatest in the world. This year Electra Mining Africa was held from 10 to 14 of September. Composit took part in the exhibition as well as leading south African companies and powerful international exhibitors from such countries as Canada, the USA, Great Britain, France, Germany, Austria, Italy, Switzerland, Sweden, Russia, Turkey, India, China and Botswana. Composit members presented samples of company’s production, met the leading African manufacturers and also had an opportunity to find potential dealers to release hoses Composit in Africa in the future.